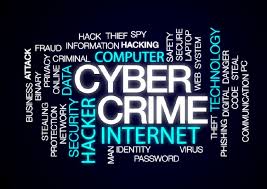 It is a crime which involves computer and a network and is also known as computer oriented crime. It involves the use of computer to illegal ends for activities like: committing fraud, trafficking in child pornography and intellectual property, stealing identities, or violating privacy. It especially involves internet. It is an attack on information of individuals, companies or government. In this digital age our virtual identities are very important elements to all of us. Cyber crime aims at hampering our virtual identities. The main problem with cyber crime is that it is of non local nature which means it can happen even from faraway places. Thus there is a problem in enforcement of law.  Internet offers criminals multiple hiding places in the real world as well as in the network itself. Cyber criminals leave clues as their location which makes them easy to track. It is required by the Internet Service Providers to store information on their customers’ transactions and to turn this information over on demand.

It involves various crimes. It involves breach of personal or corporate privacy, like: assaults on the integrity of information held in digital depositories and the use of illegally obtained digital information to blackmail a firm or individual. There is a growing crime of identity theft. There are transaction-based crimes such as fraud, trafficking in child pornography, digital piracy, money laundering, and counterfeiting. Criminals hide themselves in the anonymity provided by the internet. There are crimes which involve attempts to disrupt the actual workings of the Internet. These range from spam, hacking, and denial of service attacks against specific sites to acts of cyber terrorism—that is, the use of the Internet to cause public disturbances and even death.

In order to withdraw cash from ATM a person supplies a card and personal identification number. Criminals have developed means to intercept both the data on the card’s magnetic strip as well as the user’s PIN. In turn, the information is used to create fake cards that are then used to withdraw funds from the unsuspecting individual’s account. A particularly effective form of fraud has involved the use of ATM’s in shopping centers and convenience stores. These machines are free-standing and not physically part of a bank. Criminals can easily set up a machine that looks like a legitimate machine; instead of dispensing money, however, the machine gathers information on users and only tells them that the machine is out of order after they have typed in their PINs.

The possession of child pornography, defined here as images of children under age 18 engaged in sexual behavior, is illegal , but it remains a problem that has no easy solution. The Internet also provides pedophiles with an unprecedented opportunity to commit criminal acts through the use of “chat rooms” to identify and lure victims. In many countries, state authorities now pose as children in chat rooms; despite the widespread knowledge of this practice, pedophiles continue to make contact with these “children” in order to meet them “off-line.” That such a meeting invites a high risk of immediate arrest does not seem to deter pedophiles. It is because the Internet allows individual privacy to be breached that the authorities are able to capture pedophiles.

Cybersex trafficking is the transportation of victims and then the live streaming of coerced sexual acts and or rape on webcam. Victims are abducted, threatened, or deceived and transferred to ‘cybersex dens. The dens can be in any location where the cybersex traffickers have a computer, tablet, or phone with internet connection.  Perpetrators use social media networks, video conferences, dating pages, online chat rooms, apps, dark web sites, and other platforms.

There are many more computer oriented crimes all over the internet.