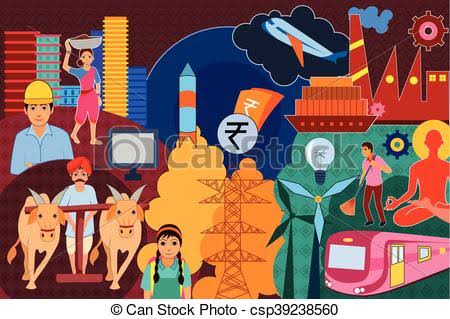 Today India is one of the most powerful nations in the world. Our progress in education, science-technology, business, economy, the defense system is really noticeable. India is always a unique country but India also passed many tough situations, this achievement comes after so many hardships, struggles, and fights.before 1991 the political situation in India is unstable, after 1991 certain changes in the Indian economy, science-technology held to be very important In the history of India.

Indian Economy: we wanted to establish an Economy based on social justice through planning for a National planning commission was established that would coordinate development through the policy of the Five Year Plan. The government started Economic Reforms are called as Economic Liberalisation. The foreign Invest In India increased, the field of information technology opened several avenues of employment in the country . Liberalization, Privatizati, and Globalization, India under its New Economic Policy approached International Banks for development of the country. These agencies asked Indian Government to open its restrictions on trade done by the private sector and between India and other countries.

Science and Technology: The experiment in the co-operative dairy movement By Dr.Verghese Kurien led to increase in milk production in India. This is called as White Revolution. Dr.Homi J.bhaba laid the foundation of the Indian atomic Power Programme. India insisted on using atomic energy for peaceful purposes like generation of electricity, pharmaceuticals and defense.

Change In Social Field: changes related to the women empowerment movement and other related to the policies regarding the uplift of deprived sections of the society