Housing is one of the largest component of urban land use in the city, which determines well a city functions in near future. Land use planning is done for judicious use of land means judicious use of residential areas. Increase in population by natural growth or migration & increasing activities & facilities in cities have put tremendous pressure on urban land. Thus it becomes very important to utilize the scarce resource of land in a planned manner. This is one of the factors affecting land value.

Housing density is the measure of intensity of occupation of land compared to the total land area available within planning boundary. Density indices by themselves do not have any connection with the living conditions of the area but they do establish a distinct relationship between the people and the amount of land they need to attain a certain standard of living. The built form in the city is representatives of its progress and prosperity. While planning for residential areas it is equally important to focus on the transportation aspect as well. Having an efficient and working road network is vital. Presence of well-planned traffic island & Traffic Volume Count Study are basic steps which can be taken for better and manageable traffic movement.

The approaches for determining the residential densities have been changing over the time. The earlier approaches have been explained at the city level. But today, as more & more population started concentrating in the cities, the study outlook shifted from the city level to smaller levels – the sector or area level, which finally decides the overall density. 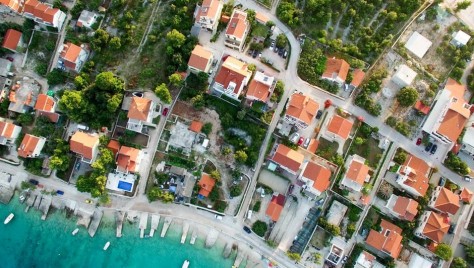 Intensification:  Intensification occurs when an existing building, site or area within the existing urban area is developed or redeveloped at a density higher than what currently exists. This can occur through: 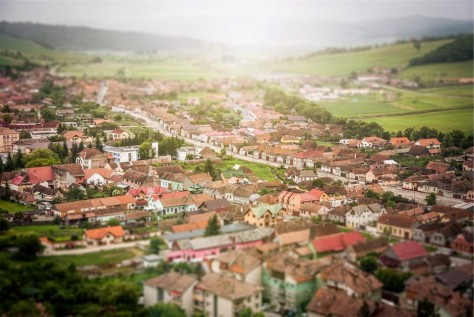 This “progressive development” is a global process. The concept of incremental housing has now gone beyond its objective. There is a shift from the need of people to their greed.

Besides the “Organic Intensification”, which involves investment of individual resources & is a natural phenomenon/ a natural self-defined process leading to a differential growth rate, intensification can be done in a planned way with changes in development controls and policies.

Increase in Informal Housing Stock – including slums and unauthorized colonies.

Research carried out in Europe, the U.S.A and Australia has led to the advocacy of cities which are spatially compact, with a mix of uses. This urban model is claimed to have a number of benefits in comparison with more sprawling development. Compact cities are argued to offer opportunities to reduce fuel consumption for travelling as homes, work and leisure facilities are close together. They are also favored because urban land can be reused, while rural land beyond the urban edge is protected. A good quality of life is argued to be sustained, with high concentration of people providing social conditions conducive to vibrancy, liveliness and cultural production and consumption.

Various advantages of intensification as a result of urban planning: 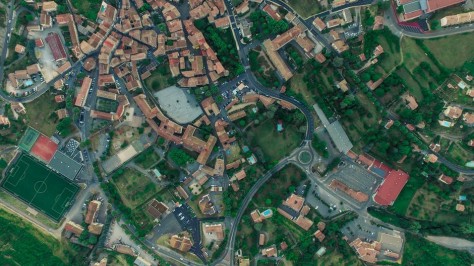 The differences in perceptions arise mainly because of the impacts identified by planners may not affect the local residents; for example, provision of housing and jobs for people outside the area. Planners tend to be much more positive about the potential of intensification. From their perspective, wider objectives are often achieved despite local problems identified by the residents. The strategic arguments for and against intensification often conflict with experience at local level.

The various disadvantages can be:

There are various methods in which intensification can be done in a planned way:

–   By increasing the coverage

–   By increasing number of floors

Old visions of compartmentalization of cities result in inefficiencies & violations. Different elements of the city like land use, transport, ecology, and housing should not be addressed separately. It is important to understand the dynamics of the city and the market forces this framing regulations and bye laws accordingly. It becomes desirable to have higher FSI/FAR to encourage taller / larger building in the CBD area where property prices are higher.

This gives the manifold advantages like: Significant number of trips on foot or by bicycle; offices, schools, shops- all are close by; existence of strong community feeling.

Hong Kong’s new housing development has high densities of 3750 pph. It may not be ideal, but provide a much better living condition than the solid congested slums.

Bangalore: 290 inhabitants per hectare. The city is going American way i.e., its turning into a spread out city. It is impossible to promote metro due to the vast sprawl. The cost shall be prohibitive & the system if set will be a huge waste.

France, Netherlands & the U.K all have policies to encourage compact cities in the name of sustainability.

Shubham Aggarwal (Founder, PlanningTank) is an Urban Planner from India working to improve the human settlements through the website. PlanningTank is the Urban, Regional, and Rural Planning Knowledge base which provides insight into to urban & rural areas, data processing & GIS.