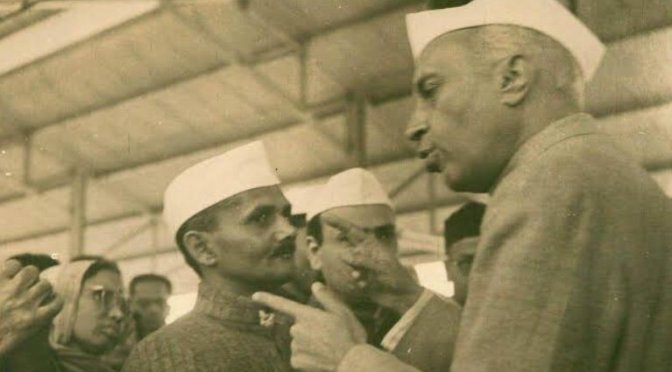 It was 15th of august 1947 when India got its first independent prime minister ‘jawaharlal nehru’ and India awake to its freedom and liberty towards new journey of hope with the aspirations of crores of Indians who were dominated by various invading forces. We had covered 73 years of independent journey flourishing democracy the ‘praja rule’ covered the journy of biggest democratic country in the world, overcome many challenges but yet to overcome many challenges and hurdles. over the 73 years of independence india had witness tenures of many prime ministers who had laid foundation of Development and prosperous India their policies far sighted thinking and works provides New mile stones.

Significant Works : Jawaharlal nehru was regarded as the founder of modern india. modernisation was his national policy with seven goals National unity, parliamentary democracy, industrialization, socialism, development, of the scientific temper, and non-alignment. He advocate import substitution industrialization and mixed economy where government controlled public sector.He adopted soviet economic model. He formulated some significant social policies in which he emphasizes on education established management schools, all indian school of medical science, indian institute of technologies, national institute of technologies built thousands of schools, etc. He wrote article 44 of the indian constitution which states “The state shall endeavour to secure for the citizens a uniform civil code throughout the territory of India”. and apart from it there are many agricultural social defence and nuclear language and foreign policies which he adopt for the better tommorow for the better India.

Lal Bahadur Shastri(1964 -1966) : He was appointed as the second prime minister of democratic state of India preceded by Gulzari Lal Nanda. He remained in office for 1 year 216 days. A picture of simplicity and serenity.

Significant works: He was known for ‘Green revolution’ in india, it was under his tenure when agriculture was transformed into industrial system due to adoption of modern methods and technologies use of modern techniques were encouraged High yielding variety (HYV ) seeds were promoted use of tractors , irrigation facilities fertilizers insecticides pesticides were promoted . and this trnasformed agriculture to a new standard and agriculture becames the rigid basis for economy contributes significantly he encouraged green revolution to enhance the rural income and economy. during 1965 india import wheat from united states and there was an ongoing war between india and pakistan US threatens india to cut supply of wheat if India did not stop the war but he did not bent down before US and on AIR India he gave a famous Slogan ‘jai jawan jai kishan’. He was also known for ‘White Revolution’ which had revolutionized the production and supply of milk. He formulated the National Diary Development Board, support the campaign lead by Amul.

We had witness the rule of many other prime ministers in this journey of 73 years but they both laid the Foundation of Development reforms and visions for Future of India. they created base to build new pillars of hopes and building of aspirations in which lies the confidence of 1.3 billion people of India.