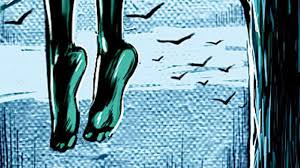 The act of intentionally causing one’s own death is called suicide. Suicidal behavior refers to talking about or taking actions related to ending one’s own life. Suicidal thoughts and behaviors should be considered a psychiatric emergency.

Warning signs that a person may commit suicide include:

Talk to someone who is feeling suicidal in the following manner:

Help the person by:

Factors that increase the risk of suicide:

People are at risk because of the following:

Treatment of people at risk:

WHO recommends four key interventions which have proven to be effective:

Yesterday I was reading an article about suicides and the statistics and figures of males attempting and dying because of it and those were indeed horrifying. Suicide has become very common these days, be it a celebrity or a common man, we are constantly hearing news about people taking their own life. But the suicide rates among men are very shocking and alarming at the same time. According to a survey :

* Compared to women, men are 3 times more likely to die by suicide in Australia, 3.5 times more likely in the US and more than 4 times more likely in Russia and Argentina. * In 2016, the last year global data is available from the World Health Organization, there were an estimate 7,93,000 suicide deaths worldwide, mostly men. * Suicide is still the single biggest killer of men under the age 45.

After looking at the aforementioned figures, one question which pops in everyone’s mind is that what could be the possible reason behind taking this tragic step and why the numbers of males are so damn high? Well there can be numerous reason for the same. Let us try to understand the basic reasons behind the sky-scraping suicide rates among men:

* The major reason can be Communication. It is quite obvious that women are willing to share their problems whereas men tends to bottle them up. Men don’t express from what they are suffering or going through. The society has made men inexpressive and and are always expected to be strong.

* Other factor can be family or work. Worrying more about finances or trying to find a job can be exacerbate mental health issues. When there’s an economic downturn that results in increased unemployment , there tends to be an associate increase in suicide.

* Sense of isolation can also be a prominent factor. The outwardly successful professional who has prioritize career career advancement to the detriment of all else, including social relationships may sense a feel of loneliness at times.

Stress mental or emotional strain caused when the ego overrides the rational mind with the ridiculous assumption that absorbing everyone’s problems and taking on more tasks than humanly possible will somehow results in greater love and appreciation..Mental health problems these days are rising like anything specially in adolescents and you adults , social media might be the reason.With the increase in mental health problems people get into depression which someone quotes rightly that is more dangerous than death itself. According to American Psychological Association, rates of mood disorders, and suicide related outcomes have increased significantly over the last decade among these age groups, impacting humans mental health.The increase in adolescents major depressive episode began after 2011 concurrent with the increased ownership of smart phones and concomitant increase in digital media in the age group.In many ways mental health is just like physical health everybody has it and should take care of it.Good mental health is necessary in order to think,feel and react in the ways that you what to live your life.Mental health problems leads to depression, anxiety to rarer problems such as ‘Biopolar Disorder’.Few days back the famous Bollywood star ‘Sushant Singh Rajput’ have his life by doing sucicide according to sources he was facing mental issues since last few months which proves that mental should be given priority over career, and social acceptance.So take a deep breath it’s just a bad day not a bad life.After every storm there is a Sunshine.

The silent killer, the grave murderer often unspoken of while it rages wild and uncaged amongst the generation of today. Depression severely affects the mental health and well being of a person. It sprouts from umpteen reasons and some sadly succumb to it. Ranging from young children to senior citizens, this deathly killer affects all.

Depression doesn’t discriminate between the rich and the poor or the gender of a person or their sexual orientation. It affects all. Some manage to escape from free-falling into the hollow abyss of their mind whilst some are compelled into submission. Recently we have seen a spike in the number of suicides taking place around the globe. Some ask for help and are unheard while some fail to reach out for help.

Schools have recognised the need to have counsellors to guide students at the grassroots level with exclusive one on one private sessions. This is an initiative toward helping students manage the syllabus pressure and to help them overcome any personal issue which may be bothering them silently. It is noticed that students often fail to open up to their family members and thus counsellors readily available in schools help the students weed out any trouble which might later spring into a major issue.

Getting bullied, scoring poor marks, low self-esteem, being scolded and mistreated are just a few of the innumerable reasons as to why children suffer from depression from a tender age. Often such issues are not addressed and they lie dormant and appear again in bouts in adulthood when they encounter or are subjected to similar distressing situations.

Depression affects people of all ages. Popular celebrities like Chester Bennington, Tim Bergling took their own lives not long ago. An incredible fan following and riches beyond anyone’s imagination couldn’t stop them from taking their lives. What most people should realise is that money and material wealth cannot feed the mind. One can be surrounded by a lot of people and still feel that he or she is all alone. Depression is a battle of the mind and there are several symptoms which should be recognised as warning signs.

1) Wanting to stay aloof from everyone and not wanting companionship.
2) Drastic increase or loss of appetite.
3) Disturbed sleep.
4) Suicidal thoughts.
These are a few of the warning signs of depression.

There are several helplines available in each country where people assist the one’s seeking help. Universities and Colleges across India have set up a students helpline during this lockdown period where students can interact and discuss their problems with professionals. Being cooped up in their home for months is starting to take a toll on everyone with domestic issues/abuse being reported at various helplines. People are frustrated and are taking it out on their family members. The uncertain future and unemployment have led to increased people seeking guidance at the various helplines.
According to a paper published by the Indian Council of Medical Research (ICMR), one in every seven people suffers from a mental disorder. People should be encouraged to open up and seek help when required to do so. Depression is a silent killer that snakes up, messing up one’s lifestyle and sometimes even ending it.