Being pretentious is the new trend that is all set on the fire, here, there, everywhere, the person is prejudiced on the basis of the jewels they own, kind of clothes they put on and they way they carry themselves on grounds of personality. People are just filling up every form of personality development classes, all they want to grab is a perfect personality trait and flawlessly showcase their talents off and on. The new trend on the social media, 5 ways to do this, 10 ways to do that, all just goes in vain when someone else cannot have the huge bundle of clothes and accessories that are unanimously flaunted in a single video. Knowing or unknowing the matter how hard the people will crave to get a little bit of everything that are being showed to them. 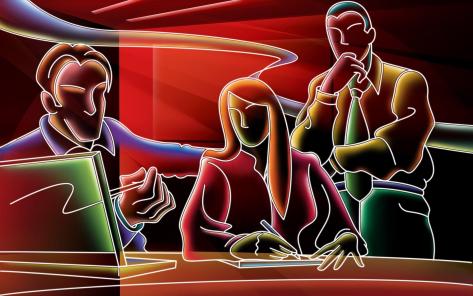 Peeps are seen at personality development classes, who were earlier hidden somewhere behind the sheets; they want to talk fluently, they want to walk in a poised manner, make the most of their bodies. Whether men or women every body could be seen at at the gym, dripping their sweat off, to look lean and lusty. Unaware of the fact that, though this could turn them into a lean figure outwardly, but a messed up body type inwardly. Pushing up themselves more to buy each and every stuff that looks hot and tempting to them, and is #ontrending. Since, “showing off” has become the new normal, it is now a days normal to see an eleven years to sixty years old person to wear kind of same outfits, eleven years old – shirt and shorts, sixty years old – shirts and shorts or sometimes pajamas on.

But, probably the real problem lies with the people going mad after every trend, every style, every single styling tip that goes abruptly stripped down on various social media platforms. Tendency is to grasp attention and approbation from every individual, making them feel inferior. The race to be at the top – as we see in various contests on television – made people blind to eye, not physically, but from within, and they pull on their socks to become the best. Ultimately it could not be their own fault, the trend settlers or the trend makers would not and never know how much they go crazy to follow up every fashion. And forget about their pockets and as a result becomes the prey of every fashion that goes on fire.

Modernization, the want to step ahead of time, and fight between the human race, has become one of the reasons why people try and judge each other for what kind of house they live in.

Whenever a person go to someone’s home, the first thing they tend to judge, is there home well furnished? Is the arrangement of their house proper? And etc. etc. But forget that, income and prices are the two factors that do not go hand in hand. Also, the country which we reside in, is one of the developing nations in the world, where “A perfect home” is still a dream of millions. Thus, how can we expect that when a person can’t even afford to live peacefully under a roof, how can the other render to make everything look pretty.

In India, most of the population hail from village areas and move towards cities in search of better opportunities, such as, jobs in secondary and tertiary sectors, better resources, and better standard of living. Instead, they fail to survive most of the times and hang in between the air with less access to resources and low standard of living, since affording such standard of living remains out of their approaches.

According to the report of World Bank’s collection of development indicators, compiled from officially recognized sources, rural population in India was reported at 65.97%

While people hailing from rural areas face tough times with city lifestyle. People residing in cities too confront with problems of proper houses to live in, also they are detained from basic resources that are searched by village people in the limelight of cities. They often end up living in congestion, without proper sanitation facilities, water and electricity, and lag behind in most of the basic values that are necessary to live a prosperous life. Also population remains a constant reminder that the land is unavailable to fit such a large amount of people who seek to live in the middle of the cities instead of country sides. The pressure upon the land has become a huge chunk of tension for the policymakers, which is why most people remain neglected from a proper facility of house and housing.

Dharavi, Asia’s biggest slum is full of such people who either migrate to cities in search for resources, or the people who are unable to afford a lifestyle that is basic necessity and right of every human being. It is a place with 2.1 sq. Km. and a population as estimated in 2016, 900,000 – 1,000,000 people.

While most of us are happy with the lives and are living peacefully in our own homes. There are still millions of people who do not even have access to basic resources such as –

We can find people sleeping on the pavements of the roads, they could be seen eating on the roadside food joints, and earn only on per day basis, which are not sufficient to provide them with a proper place to live in.

According to NSSO, landlessness in India is a major problem and the total population works out to be 200 million that is counted to be landless.

Thus, a major proportion of the country’s population still have a dream to have their own place to live in. Also, slums remain an inevitable problem in India that cannot be replaced due to their presence from a very long past. It is likely to achieve a figure where most of the Indians could have their own “home sweet home“.