Yoga is something we be in and not something we do. This is because the word yoga comes from the Sanskrit term ‘yog’ which means union. Yoga is a word for the mind.

The ones we remember the most, our state of mind gets connected to them.

Where is the wire of our thoughts connected majority times? Or a simple question would be what or who am I remembering the most throughout the day?

Thoughts decide feelings. To maintain a constant state of lightness the intellect should not go towards energy depleting things.

In a way, yoga is all about asking the self “what is my mind in union with right now?” and “if it is any good?”.

While doing asanas or any other physical exercise,

will give complete benefit to the body and the mind. 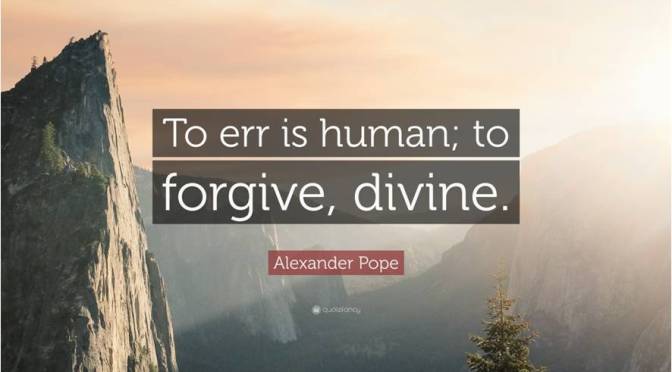 Each and every being in this world has sinned countless times. In this world full of sinners like us, we can never expect someone to be perfect. Each one of us commits mistakes at some point in our life because it is, after all, human nature to commit mistakes. We humans have our strengths and weaknesses. So when someone does wrong to us why can’t we forgive them when we expect them to forgive us for the same mistake if we did that. Forgiveness is not a thing that we practice in our lives for other people. We do it for ourselves – to get well and to move on. Forgiving a person brings out the god-like nature that lies in humans.

Also, practically speaking, no one would like his mistake being brought up again and again and thrown on his face. So, why not to forgive the other person and let it be?

Forgiveness is seen as a divine act and the one who forgives is seen as being of divine nature. For such was Jesus Christ, who, even on the cross, during his last moments was able to ask for forgiveness from the Holy Father for the people who had put him to death.

Even Lord Rama showed no hatred against his stepmother, Kaikeyi, for sending him to the forest for 14 years so that her son Bharat could become the King. 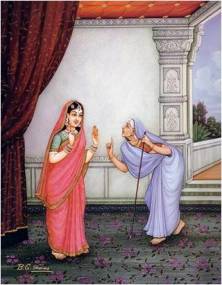 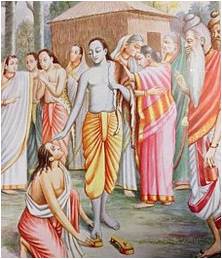 But to play the devil’s advocate, you just can’t keep on forgiving a person for repeating his sins again and again. You can’t let yourself be used as a doormat.

And then there are those people too who don’t care a penny whether the other person is forgiving them or not, or what he thinks about them. While some of them just forgive others to show how divine they are. However, deep inside their hearts, they devoutly pray to their gods to punish their sinner for his sins.

Forgiveness is considered a divine act. But in this materialistic world, words like divine and holy do not exist. People believe in the philosophy that if you have done something wrong, you ought to bear the brunt of it.

If you are working in an office and do something wrong, do you think your boss forgive you and give you another chance? Definitely not! He’d fire you out of the job immediately.

And if forgiveness is a good virtue then why are those criminals being hanged till death or serving life imprisonment.

Also, going back to the era of Ramayana, why did lord Rama leave his wife, Sita, on the basis of the comments passed by the washerman?

Ultimately it all depends on the situation and our thinking. What our situation is and what we feel about that sinner. If we want to forgive someone from our heart, we will forgive him or her even if he or she has done a huge crime. On the other hand, we may not forgive a person for committing a minute mistake also. And while we are considering these two factors, we can never forget another vital factor that is the nature of the sin. At the end of the day, it is all relative.