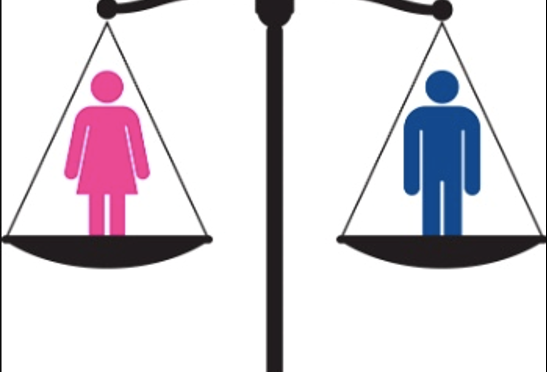 The Indian judiciary plays an important role in interpreting and applying the law. In a country where gender disparity is so common whether be it in the education sector, health sector or employment sector to name a few, the judiciary plays a pivotal role in empowering women and filling this gender gap.

Although several provisions have been embodied in our Indian Constitution for protecting and preserving the rights of women and for safeguarding their interests, but many are still unaware or ignorant about their rights, which are provided to them by the law. Even if , they are made aware or well versed with the whole scenario , a very few have economic resources and courage to obtain legal redress.

No one can ignore the significant role being played by the judiciary in this direction helping her to get what is due to her as a matter of right. In many judicial pronouncements , the judiciary has shown its innate desire to help the deprived and underprivileged section of the society i.e. the women who face the brunt of sexual violence in silence while giving a whole new dimension to justice itself[1].

There should be no discrimination between men and women. Women should know their fundamental and social rights which they get once they are born[2]. There should be respect and dignity towards women and they should have equal rights in society and other judicial works.

Mahatma Gandhi, once quoted that:
There is no occasion for women to consider themselves subordinate or inferior to men.

For India to maintain its position as a global growth leader, more concerted efforts at local and national levels, and by the private sector are needed to bring women to parity with men.

While increasing representation of women in the public spheres is important and can potentially be attained through some form of affirmative action, an attitudinal shift is essential for women to be considered as equal within their homes and in broader society.

It says:
Among the 153 countries studied, India is the only country where the economic gender gap is larger than the political gender gap. Only one-quarter of women, compared with 82% of men, engage actively in the labour market (i.e. working or looking for work):
one of the lowest participation rates in the world (145th). Furthermore, female estimated earned income is a mere one-fifth of male income, which is also among the world’s lowest (144th).

India dropped four places, from 2018, to take the 112th rank in the World Economic Forum’s Global Gender Gap Index 2019-2020. In the health and survival parameter, India’s performance is dismal, ranking 150th out of 153 countries. The Global Gender Gap report states that it will take us almost 100 years to achieve gender parity worldwide.

Case laws:
Practically, there has been a very little change in the status of women compared to the various discussions and debates held on women empowerment, or the enactments and laws made in favour of women.

There have many cases of sexual harassment against women in India. Various landmark judgments have been delivered by the Supreme Court wherein the legal aspect of the nation has seen a great deal of milestone decisions.

The historic judgment of Vishaka vs. State of Rajasthan[3] was the outcome of a writ petition filed by certain social activities and NGOs to an incident of brutal gang rape of a government development worker in a village of Rajasthan. In this case, the Supreme Court observed that , in the absence of domestic law occupying the field, to formulate effective measures to check the evil of sexual harassment of working women at all work places the contents of International Conventions and norms (CEDAW) are significant for the purpose of interpretation of the guarantee of gender equality, right to work with human dignity in Articles 14[4], 15[5], 19 (1) (g)[6] and 21[7] of the Constitution and the safeguards against sexual harassment implicit therein. The recent Sexual Harassment Act[8] as published in the Gazette of India had derived its origins from this case.

The Vishaka case is, unique in many ways wherein the court not only acted as the active guardian of fundamental rights and also provided temporary respite to working women. The guideline extended the responsibility to eliminate discriminatory sexual conduct to a larger society , in this case , the workplace and obligated the employer to ensure a safe and healthy environment for women employees.

The main aim of the court, while evolving these guidelines , was to ensure a fair, secure and comfortable work environment to the extent possible , and also, to eliminate situations where the protector could abuse his position and turn predator[9]. Vishaka’s case was a quantum leap in expanding the principle of fairness in procedure after Maneka Gandhi case[10] wherein the court, for the first time, had observed that right to equality would also include the right not to be treated in an arbitrary manner. It was for the first time in Vishaka case that the principle of fair and just procedure was expanded further to include a gender justice procedure in furtherance of the constitutional goals of equality.‖

The critical advance made by the Vishaka judgement is the expansive interpretation given to Article 19(1)(g) of the Constitution of India[11] , insofar as sexual harassment at the workplace has been held to be in violation of the fundamental freedom of all women , as citizens , to pursue the business, trade or profession of one‘s choice. It is within the framework of constitutional law that the judgment operates , holding that:

However , post-Vishaka case, and now with the passage of the 2013 Act, sexual harassment at the workplace is categorically prohibited across all workplaces, whether in the public or the private domain, whether rural or urban, whether in the organised or unorganized sector.

In another case of Radha Bai vs. Union Terriority of Pondicherry[12], the apex court awarded a lumpsum compensation of Rs. 3 lakhs for the loss of reputation and honour of Ms. Radha Bai and for the agony she had to suffer in the long battle against the Government of Pondicherry and the then Home Minister of Pondicherry within one month from the date of the order. Thus we can draw an inference that Supreme Court is taking these matters seriously.

In the case of Apparel Export Promotion Council v. AK. Chopra[13], it was for the first time when Supreme Court had applied the guidelines laid down in Vishaka v. State of Rajasthan. In this case, the Supreme Court upheld the dismissal of an officer from Apparel Export Promotion Council. He was found guilty of harassing at women at his workplace on the ground that it violated Article 21 of Indian Constitution.

The court decisions in the Vishaka case and AK Chopra case were followed by various High Courts in a number of cases on this sensitive issue for example , in Shehnaz case[14] wherein it was probably for the first time that any High Court applied the court‘s guidelines with regard to sexual harassment at workplace.

Conclusion:
Gender-based disparity in income is serious in India and exists across the organised and unorganised sectors. In agriculture, building construction, etc., women are paid far less than men. Their employers justify this wage gap citing differences in capability. And this discrimination continues in every aspect whether in the education or health sector, the girl child is always treated unequally. Indian society still hasn’t been awakened to the importance of empowering the women. The statistics still narrate a grim story of female foeticide, girl child discrimination and gender bias .

The need of the hour is to make a change in the mindset of the society. It is not easy to change the culture of disregard for women which are so deep- rooted in the Indian society. But it also does not mean that it is impossible to do so. Only revolutions bring changes in a day, but reforms take their time. The idea of women empowerment might sound hard. The Government of India is running various welfare schemes and policies, both at State and Central levels for the empowerment of woman.

Some of the major programs and measures include Swadhar (1995), Swayam Siddha (2001), National Mission for Empowerment of Women (2010) etc. All such policies and programs focus on social, economic and educational empowerment of women across various age groups. Women should have access to resources, rights, and entitlements. They should be given decision-making powers and due position in governance.

Gender inequality has been a social issue in India for centuries. Although, there has been no dearth of social, economic, political, legal and Constitutional efforts made for the empowerment of women both prior to and post- Independence; however, women in India continue to face atrocities such as rape, dowry killings, acid attacks, human trafficking, etc. According to a global poll conducted by Reuters, India is the “fourth most dangerous country in the world for women.

In the words of Late Kofi Annan who served as the seventh Secretary- General of the United Nations, There is no tool for development more effective than the empowerment of women.

Hence all we need is a concentrated effort focused in the right direction that would recreate the society better.

6 thoughts on “ROLE OF INDIAN JUDICIARY IN GENDER EQUALITY”