Ok tomorrow is Monday, the first day of the week and as usual everyone just hate this day. By just heard the Monday, the very first thing which comes in mind is Bloody Monday . And this is a fact, most of the cases of heart attack occures on monday, said in a report. Because there is a thinking behind this universe that Monday is not having that much work just like other days, so there is no point to go on work, this leads to be the laziness and after a week off, nobody like to move from their comfort zone and enjoys. But after all this fun the very first thing which made to come up on that day just our responsibility and it’s not bad at all, we all are responsible for someone, someone may be the family, company, students, patients, workers and for yourself. 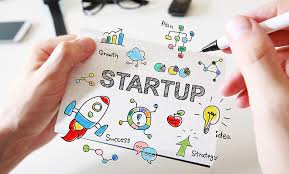 Start-ups (which indirectly fall under MSEs category of taxation) since 2014 have collected around $100 billion and are on the ever-accelerating way to mark its way to $500 billion by 2025, with a projection to create over 35 – 40 lakh jobs.

It was a beautiful day for Mr. Singh. He had invested in an idea introduced by a bunch of boys who had recently graduated out of an Engineering College. It was something related to irrigation technology with the name “Ivy-Irri Tech”. Mr. Singh had no idea what it was, but his financial advisor and accountant advised him that the investment would garner good profit in a very short period of time. After he found everything to be appropriate, he wrote off a check for Rs 3 crore for 3,000 shares to Ivy-Irri Tech boys. Today, he received the triple of his investment (i.e., Rs 9 crore) as the start-up was brought under the banner of a multinational corporation (MNC).

Mr. Singh was indeed an ‘angel’ who invested in the start-up seeing the growth projection as calculated by the discounted cash flow (DCF) method. He knew and took all the risks on the idea. Like Mr. Singh, there are a number of high-value individuals in our nation who are approached to invest in a small idea, which the ones presenting are able to convince (or show) to be of big worth in a short period of time.

A few days went by and the boys again contacted him over the notice they received from the Income Tax Dept. The notice stated that they had to pay 30% as ‘Angel Tax’ clause of Section 56(2)(vii b) of the Income Tax Act, 1961.

These start-ups operate in a very vulnerable environment and anything can happen any moment. All the money made in the first half of the day may just vanish off by second. The basic principle of start-ups is a low investment to high yield, in less time.

According to Economic Times, “Angel tax is a term used to refer to the income tax payable on capital raised by unlisted companies via the issue of shares where the share price is seen in excess of the fair market value of the shares sold. The excess realisation is treated as income and taxed accordingly.” This is charged when the initial “angel” investor is an Indian, while foreigners are exempted from it as that’d just add more to Foreign Direct Investments (FDI) category. Also, the value of start-ups is counted against the industry suggested method of DCF with the net value present (NVP) method that increases the difference between the projected margins to the excess premium earned.

This is a major de-motivation to the hardworking, innovative minds that have worked hard to put up the efforts to bring their dream into happening, just like the “Ivy-Irri Tech” chaps and returned the initial investment in a triple in less than some years, but now are a victim of the ‘Angel Tax’.

However, the income tax regimes in our nation, which are duly unregulated at the helm of dysfunctional bureaucracy and call for immediate reforms at a great extent, do not spare even the ‘angels’. This taxation regime has led to the inclination of angel investors into investing in tech start-ups and deviating from the non-tech cohorts. The falling of start-ups into MSEs category, the very narrow definition of start-ups, and the bureaucracy which looks for an opportunity to put to their advantage, are the reasons for non-tech start-ups being not worth investment against hassles.

Of the limited few exemptions in Angel Tax, the angel investors tend to avoid the non-tech sector as there’s a very obstructive measure which restricts the investment into immovable objects. So if the start-up in non-tech sectors, would involve investment in immovable assets (which is the case in most non-tech start-ups) then the investment would not fall into exemption into start-up’s seed funding and thereby incurring additional taxation. The ruling Govt. has presented a very ambitious plan to lead India to a $5 trillion economy for which there needs to be a safe growth rate in the economy at 11.3% (also assuming rupee falls to the dollar, further) for the next five years with no exception contrary to the present which is less than 4%. Further, with Moody’s downgrading India to ‘Baa3’ category, just one rank above “junk” category, the onset of FDIs flowing into Indian start-ups seems reclusive and does not seem to recover anytime soon. So, the Income Tax Act, 1961 needs to reform from its very core to match up the economic challenges of the 21st century for Indian investors to keep the market afloat and its operations flared up. Time is money, and neither of that we do have. 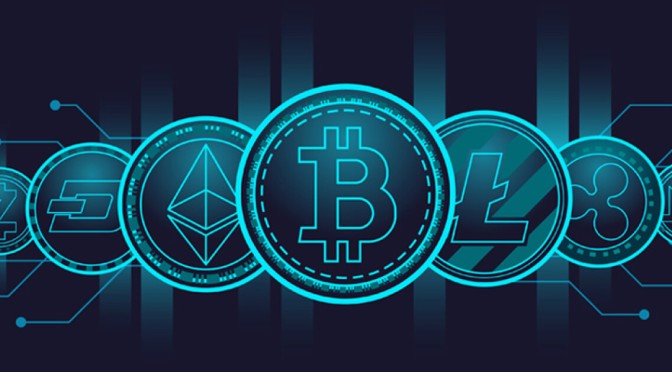 Crypto currency is something that everyone wants to talk about but very few have the idea about how it works.

Since human civilization has emerged, the currency has been a very crucial part of their lives. In the caveman era, they used to exchange their things which are famously termed as “barter system”. Suppose, Ram has seven mangoes and his friend has seven apples but Ram needs seven apples. What can Ram do now? He can exchange his goods with his friend via the barter system. But there were various flaws in barter system like lack of a common measure of value (seven apples may not have the same value as seven mangoes), lack of double coincidence of wants, unable to divide into smaller units etc.

After realizing that the barter system did not work very well, and thus currency went through a few recurrences in 110 BC; later “Currency” was coined officially. Thousands of 250 AD gold plated Florence was introduced which was only used in limited countries. From 1680-1980, the paper currency gained significant popularity and was used across the world. This is how modern currency came into existence.

Modern currency included paper currency, coins and credit cards and digital wallets like Amazon Pay, PhonePe and so on.

WHAT IS CRYPTO CURRENCY?

It is a new form of digital resource or virtual currency based on a network that is distributed across a huge number of devices.

The word “crypto currency” is derived from the encryption technique which is used to secure the end to end networks.

All the digital wallets (PhonePe, PayPal, Paytm etc.) are controlled by banks and governments. This means it is regulated by authorities and it may increase some hazards like a technical issue at the bank while transferring money, limited transaction and so on. This is why the future with currency lies with crypto currency. There are more than 1600 crypto currencies are available. Bitcoin, Litecoin, Ethereum, Z-cash are some popular ones.

Bitcoin is also a digital currency that utilizes crypto currency and it is regulated by decentralized authority unlike government-issued currency whereas the crypto currency uses encryption technique which acts as an intermediate for the different financial transactions all over the world.

The whole world is distinctly divided when it makes headway to crypto currency. On one side, there are supporters like Bill Gates, Richard Branson who believe that crypto currencies are better than regular. And on another side, people like Warren Buffet, Paul Krugman who are absolutely against the crypto currency. They both are Nobel Prize winners in Economics and they think it is a fraudulent investing scam and means for criminal activities.

It can be assumed that in the future there is going to be a conflict between regulation and anonymity as crypto currencies ensure that its users are kept anonymous. Despite having some disputes, the use of crypto currencies in the merchant’s navy is increasing, which carries a positive vibe.

By the year 2030, crypto currency would captivate 25% of national currencies which is a notable chunk of the globe and that would be a remarkable step in economical evolution.