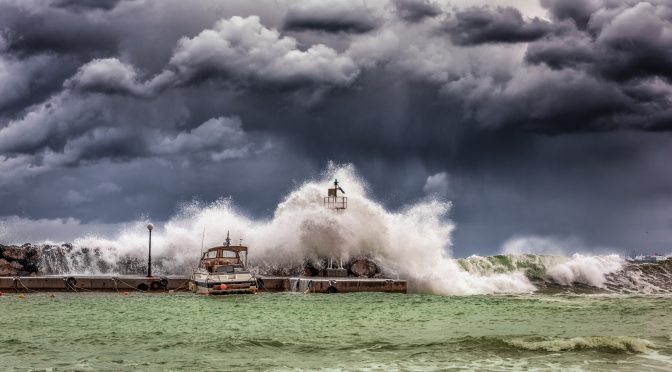 Do you know that the 2004 Tsunami had killed over 225 thousand people in 14 different countries? It’s so sad to hear, but that’s the reality when such a natural calamity appears in, and there’s no way to stop it unless if predicted in advance. The tsunami on the day of Christmas 2004 had a significant impact on the people, and the news media coverage correspondents were in shock. It did happen all of a sudden, with a maximum rise of water up to 100 feet.

On the other hand, the most massive scale on record for earthquakes recorded in Chile with a magnitude of 9.5. If there is any similar incident with a higher range of 11.0 ever happens, the Earth may split into two halves. Now the 2004 event was complemented with an earthquake of 9.1 magnitudes on the western coast in Sumatra, Indonesia. These bring tears to eyes when we hear the survival stories; how they manage to get out in such a situation is a courageous task.

Why do these incidents happen, and how does it originate? In short, the water present in the ocean is ultimately linked to the bottom of the Earth, to be precise, the mantle where the plate boundaries are also present. When there is a vigorous movement of water, this leads to magma production, continental crust formation, several mineral resources but also an earthquake.

Most of the researches was on the Ring of Fire mentioned in my earlier post. This area is in the Pacific Ocean. But, findings by the University of Bristol keep concerns on the Atlantic plate and the eastern sides of the Caribbean Sea. These will help us to know how it works and how it leads to an earthquake. Scientists gathered data from two marine cruise ships, which recorded the seismic activities on the temporary station with the necessary information of the rock samples etc.

To know the role of the water in a subduction zone (an area where tectonic plates intermixes with one plate and sinks), they did a study on the composition of Boron element and found that serpentine, a mineral rock supplies water to the central regions in the Caribbean Sea as mentioned earlier.

If such an incident takes place soon, are we prepared for the same? I hope it doesn’t happen, but an estimate says that almost everyone in this world has no proper disaster management plan. The problem is that people immediately panic and take wrong steps leading to their death. For example, you should know the fire exits of the premises in which you currently live. Around 50 earthquakes are happening around the world, all of them are not noticeable, but the major ones create loss to human lives and destruction of several infrastructures, historical monuments, etc.

It would be best if you always kept a list of emergency contacts in a diary or somewhere saved on your smartphones. Now the devices are much smarter; even most of the device manufacturers do include the SOS panic button so that you get help immediately. Be prepared for the worst, and stay safe.