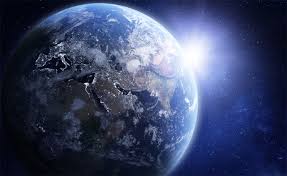 Its 2020! Environmental damage is one of the biggest concerns the world has today. Melting glaciers, dying rivers, depleting ozone, species getting extinct, disappearing forests and a whole list of other events exploiting nature, it’s all here, with consequences clearly visible on the future of humanity.

World’s consumption is going to keep rising in the years to come and with the given deteriorating condition of natural resources which even if improves in the next coming decade (though hard to say that yet!),it will still be difficult to provide suitably for the increasing population.

So, will reducing the consumption help?

The arena of per person consumption is becoming wider and wider, which besides food and water covers fuel and electricity. Development around the world is going to be more digital based hence being more dependent on metals.

In short there is no sign of consumption getting reduced in any near future. One way is to go towards sustainable development by shifting towards consumption habits with less carbon footprint. Could space mining be the other way of saving the planet?

We have heard of asteroids, the space debris orbiting the sun. Our inner solar system is flooded with these objects also called minor planets. The good part is that they are a gold mine for various resources.

A single platinum rich asteroid contains more platinum than has been mined in the history of humanity and platinum group metals are used in almost every other good we use today.Worth trillions of dollars of diamonds and gold is believed to be floating in these objects there in space.

In fact gold first came from the meteor shower millions of years after the earth was formed.

No wonder why asteroid mining is set to become a billion-dollar industry and why companies are eager to explore this idea.

As fascinating as it seems it is no less practical when comes to implementation. There is a class of Near Earth Asteroids (NEA’S) which are easy to reach and extract and transport resources. Most of the NEA’s are even nearer than the moon.

But it is a whole process in itself to determine which asteroid to mine based on what mineral it might contain. Infrared telescopes and spectrometers are the light bouncing techniques which are used to detect the composition of an asteroid. Once this is done then comes the extraction part.

But metals are not the only reason for their mining. Asteroids hold abundant amount of water which when broken down into oxygen and hydrogen could be used as air to breathe and fuel for rockets on journey back home.

It may seem too unreal for now, not likely to happen anytime soon but this thing is gaining momentum fast. Companies like Planetary Resources and Deep Space Industries have started to make this plan sound like a completely achievable goal.

Asteroids- the low hanging fruits of space, as they are now being called, maybe are just waiting to be cultivated. A step like this could change the whole economics of earth with scarcity not much of an issue anymore!

The space might start to look more like a busy trade route and the diamond on your finger probably would have journeyed all the way from the stars. With this idea becoming reality, we could at least say goodbye to all mining exploitation on earth.

One thought on “Mining in space! And it’s not science fiction”